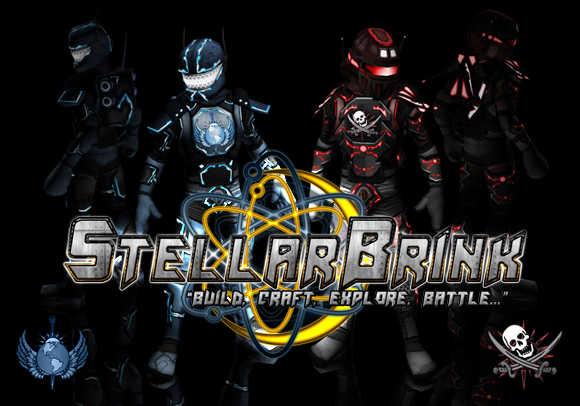 While StellarBrink did not reach its funding goals through crowdfunding sites Kickstarter and IndieGogo, creator Daniel Kole is still busy working on it. Over the…

Last week, we reported on the closing of the StellarBrink crowdfunding campaign. It ended far short of the $15,000 Daniel Kole was seeking to make it happen. While at the time, we were not sure what would happen to it, we have learned a few things.

In a blog post on the StellarBrink website, Daniel informs everyone that for now active development on StellarBrink will be ending. Daniel feels that he alone can’t do StellarBrink the way it should be done.

I have given it a lot of thought, and I have come to the conclusion that I can’t do proper justice to Stellarbrink, and the game it’s meant to be. It needs a team, and that’s a resource I don’t have available to me at this time.

END_OF_DOCUMENT_TOKEN_TO_BE_REPLACED

On Monday, StellarBrink’s IndieGogo campaign ended its funding campaign far shy of its $15,000 goal. This brings to an end to the fourth attempt at…

Last week we reported that StellarBrink creator Daniel Kole had cancelled his Kickstarter campaign in order to refocus it and its rewards. This was done…

In an announcement sent to Kickstarter backers today, StellarBrink creator Daniel Kole has announced the cancellation of the current Kickstarter. In the update, he notes the changing of the game from an MMO to a single player/multiplayer experience. With that change, some of the reward tiers no longer applied.

Thank you for your support for Stellarbrink! I am writing today to let you know that I have cancelled the current Kickstarter, in order to revamp all of the reward tiers, making them even better and more enjoyable to you. In it’s earlier life, Stellarbrink was envisioned as an MMO, but I have since decided to alter that course, and go with a fuller and more feature-packed singleplayer/multiplayer experience. For this reason the in game credits being offered to you have become obsolete, and I wish to offer you gifts that will be relevant and worth your hard-earned cash.

While this is a setback in getting this game funded, it is not the end. He does have a new Kickstarter campaign in the works with completely revamped reward tiers to match the change in direction for the game.

After hitting a roadblock in its first Kickstarter, StellarBrink has relaunched its Kickstarter with a complete makeover. The new campaign comes with a new and…

An Interview With StellarBrink’s Daniel Kole

Yes, I am taking liberties with the term “interview” here. I recently sent Daniel a set of questions to help us better understand his game and his crowdfunding campaign. Being one the latest and better looking campaigns to come from Oklahoma, I took special interest in finding more about StellerBrink and the mind behind it.

As I wrote the other day, StellarBrink is a new space faring RPG grafting game. It is currently on Kickstarter in order to raise the needed $15,000 to make it happen. It could use your help. To make it easier to do so, I took the time to get to know Daniel and StellarBrink better.

A new crowdfunding project is upon us. Its out of this world. Ok, bad joke aside, StellarBrink is brought to us thanks to Tulsa developer Daniel Kole. StellarBrink is a space exploration RPG hybrid with elements of world building found in Minecraft. Kole is hoping to raise $15,000 to fund the completion of the public beta for release later this year.

What I find interesting about this campaign is that Kole is operating it from two fronts, Kickstarter and Indiegogo. The Indiegogo campaign was launch a little over a week ago and has 6 days left as of this writing. It has not done well as of yet, which may be why Kole has taken the game to Kickstarter. There, he has set himself a deadline of 14 days to raise that $15,000. This is the first day of funding so we hope he can raise the needed attention in such a short time frame.