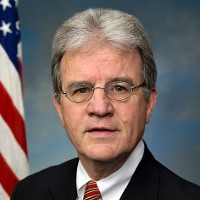 Today, many news outlets were taking Senator Coburn to task for his criticism of many aspects of what he termed wasteful government spending.

U.S. Senator Tom Coburn, M.D. (R-OK) today released a new oversight report, “Wastebook 2011” that highlights over $6.5 billion in examples of some of the most egregious ways your taxpayer dollars were wasted. This report details 100 of the countless unnecessary, duplicative and low-priority projects spread throughout the federal government.

This isn’t the first time Sen. Coburn has written a report like this. It probably w0n’t be the last. Sen. Coburn has made it a part of his Senatorial mission to eliminate waste from Federal spending. While we can argue about what programs should be cut first, there is little doubt that all of the programs he lists are well outside the scope of the Constitutional bounds of the government.

Within this report, there is one topic that has gotten the gaming press all in a tizzy. He highlighted a program that gave a bit over $100,000 to The Strong’s International Center for the History of Electronic Games to help with its video game preservation work. People are getting the wrong impression from this report. Sen. Coburn is not saying that games are not worth preserving. He is saying that doing so is not the Government’s responsibility. I am not sure why that is so hard to understand. 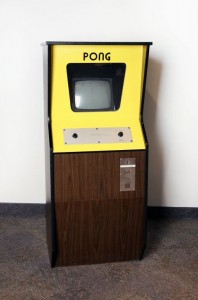 In response to the reports around the web, the ICHEG has written a press release on why it thinks its mission is  important.

Recently, news reports cited as wasteful spending a $113,000 grant from the Institute of Museum and Library Services (IMLS) to The Strong’s International Center for the History of Electronic Games to preserve video games. We disagree. We believe video games not only are the most dynamic, exciting, and innovative form of media today but also an important form of play and a driver of cultural change.

Games sharpen people’s ability to solve problems and overcome challenges. Games teach people to cooperate and to collaborate in new ways, whether that’s in the same room or across the Internet. It’s no wonder that schools, businesses, medicine, and the military are using video games to train tomorrow’s leaders.

While the release makes a good argument for why their work is important and why people should support it, it fails to convince me that it is the job of the Government to fund it. Don’t get me wrong. I think that this work is extremely important. There is a lot of apathy within the games industry that makes the task more difficult. However, I think that if it needs more funding, it should be paid for by private citizens and organizations that want this work done.

Taxes are meant to be for paying for the work the government must do as outlined in the Constitution. Preserving art of any kind is not one of those responsibilities. So if this organization wants to continue their work, they need to make their pleas for funding to the games industry and gamers who are willing to donate to the cause.

To illustrate how one can go about funding such a project, I came across this Kickstarter project to raise $30,000 for the Video Game History Museum. Not only did this project reach its goal, it exceeded it by over $20,000. Private citizens are willing to donate to these causes. In fact, one person even donated $10,000 on their own. These types of projects can succeed without spending tax payer money.

Disclaimer: I am an Oklahoma Citizen and Senator Coburn is one of my Senators. I did not vote for for him in the last election.