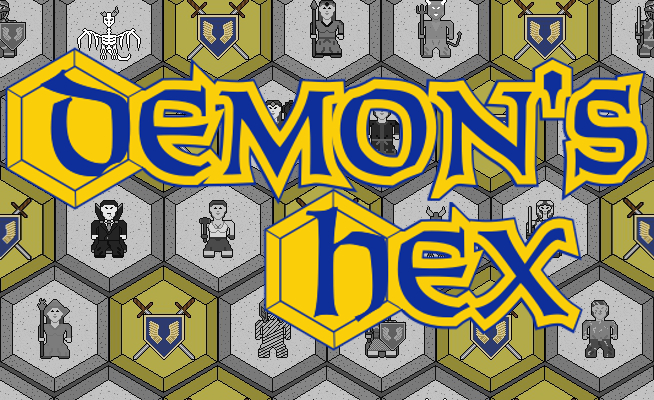 Yesterday, Divine Knight Gaming launched the Kickstarter campaign for their long awaited game, Demon’s Hex. According to the Kickstarter, the game will be a cross platform online collectible token game with asynchronous multiplayer. Demon’s Hex will be releasing on the Web, mobile devices and the Ouya console.

Divine Knight is looking to raise $10,000 to further fund the development of the game, providing music and server costs. This will also qualify them for the Ouya matching fund through the Free the Games Fund that Ouya has set up.

While the game has a ways to go to be fully playable, they have released a playable prototype of the Demon’s Hex which can be played on their website.

Among the features that have yet to be added, is a single player RPG story mode. According to Divine Knight, the story mode will resemble in many respects their recent One Game a Month game, Alex’s Meadow RPG.

We will be watching the Kickstarter closely and keeping you updated as new developments arise. We will also begin a new program in which we will feature the Kickstarter and/or IndieGogo status boxes in our side bar to help further expose games that we find.

Full Disclosure: I am the Lead Developer of Divine Knight Gaming.