In the below photo, you can see GvF running on the TV and the Wii U’s gamepad for off-tv play. 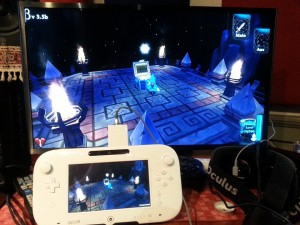 Gnomes vs Fairies is coming to the Wii U in March of this year. If you can’t wait, you can buy Gnomes Vs Fairies on Steam for $9.99.