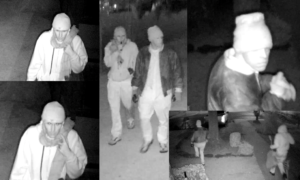 They have also posted a video from their surveillance system of the burglary on their Youtube channel.

They are asking for help in identifying these two men and are asking for anyone with information to contact the Oklahoma City Police Department through their Crime Stoppers tip line at (405) 235-7300. Dano Harry, Prismic Studio owner and game designer, will be on News 5 this evening in OKC to talk about the burglary.

Prismic Studios developed Gnomes vs Fairies which is available on Steam as well as releases on or coming soon to Wii U, XBox One and PS4.